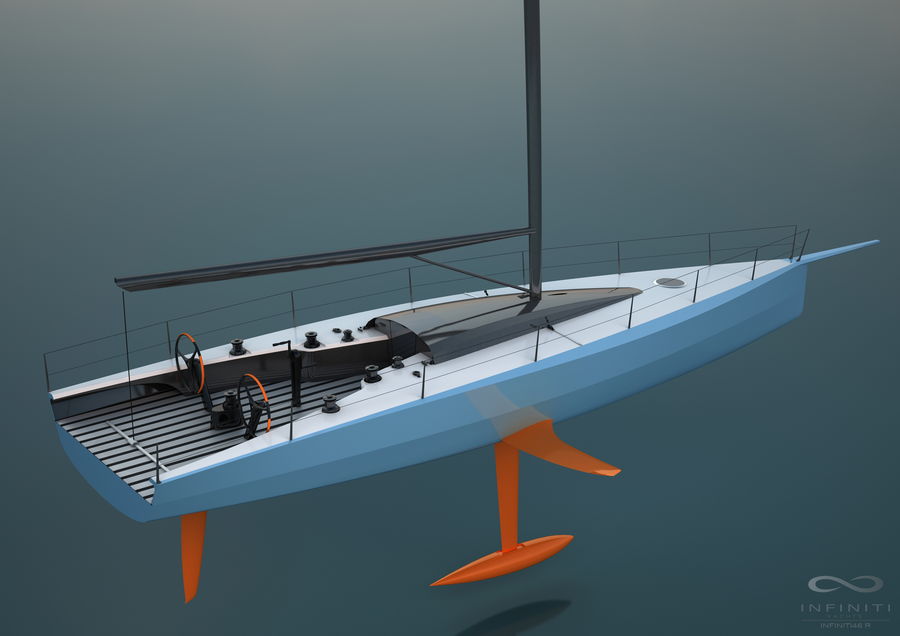 Farr Yacht Sales has been named by Infiniti Yachts as the exclusive agent for the Infiniti 46 R and Infiniti 53 in the Americas, the UK and Ireland. Both yachts will be built by McConaghy Boats and feature Dynamic Stability Systems (DSS).

Adding FYS as an exclusive agent for the Farr-designed Infiniti 53 gives potential buyers a number of advantages – the experience and knowledge of FYS and the close relationship with FYD. Buyers have access to details, drawings, naval architects and engineers to assist with any questions. They can also take advantage of the growing brokerage network to sell their current yacht.
Joe Hall, head of Farr Yacht Sales Europe, said, “The Infiniti 53 has arrived at an auspicious time. The offshore and channel racing scene has not been this popular for many years. Events like the Rolex Fastnet Race are closing their entry lists within hours. The Rolex Sydney Hobart and the RORC Caribbean 600 have had record numbers of entrants.”
The Infiniti 53 will be constructed later this year. It will be built in time to race in the Rolex Sydney Hobart in late December. It is positioned for exceptional performance both offshore and inshore. It features a canting keel, gybing centerline daggerboard and leverages the dramatic performance advantages available through the DSS system.
Jesse Fielding, head of Farr Yacht Sales Americas, said, “Clearly the Farr pedigree in the offshore sailing world speaks for itself, in terms of reliability, performance and value. As an experienced offshore sailor, I am really excited about bringing the Infiniti product line to the marketplace.” 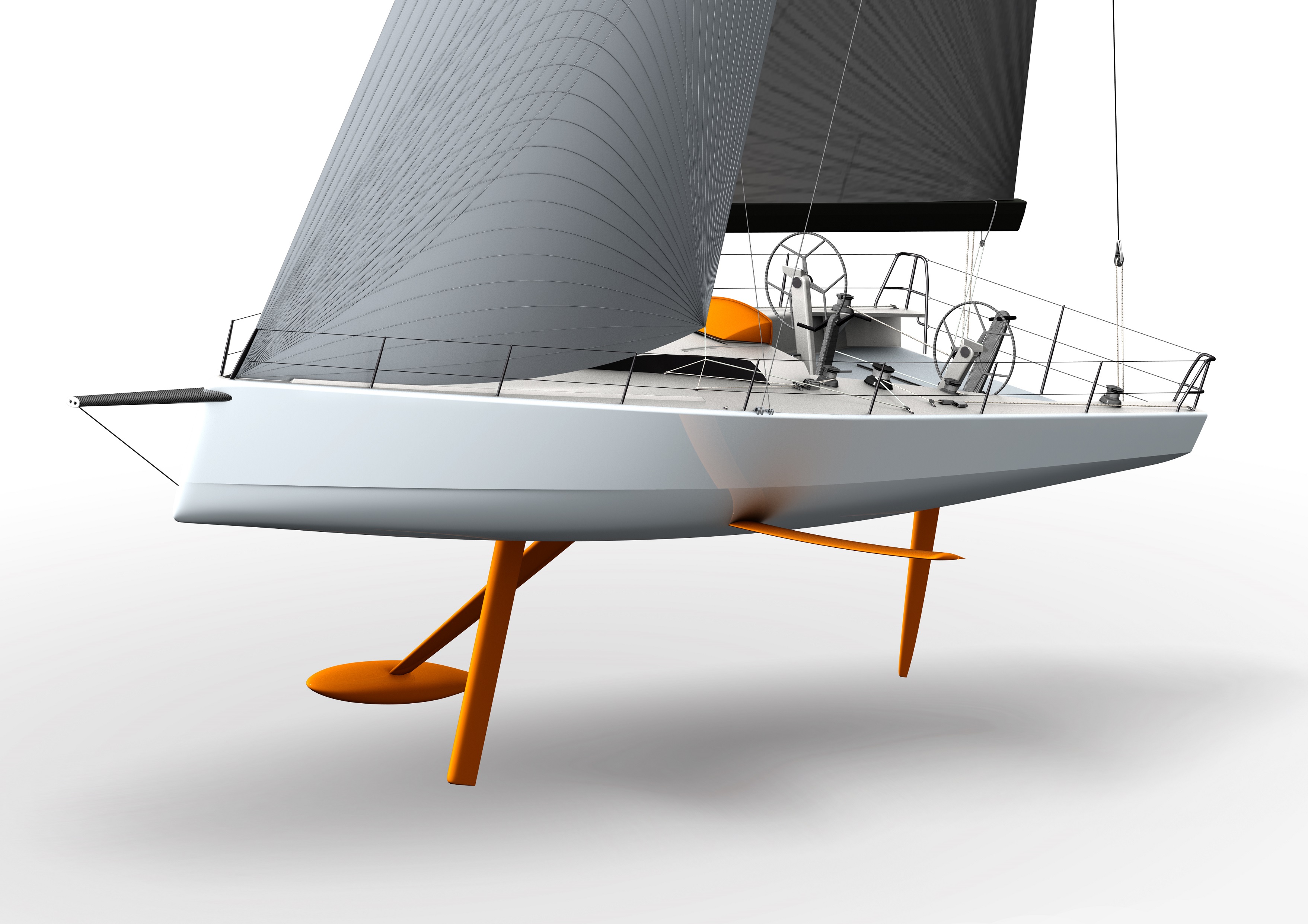 Last week, McConaghy was announced as the builder. Britton Ward, vice president and senior naval architect at Farr Yacht Design said, “We are thrilled to be teaming with McConaghy and Infiniti Yachts to bring our first DSS-equipped design to reality. We have spent months refining the design and specifications for the Infiniti 53 to create something extraordinary. By partnering with McConaghy Boats, we are now in a position to provide a turnkey product with absolutely incredible performance all built to exacting standards.” 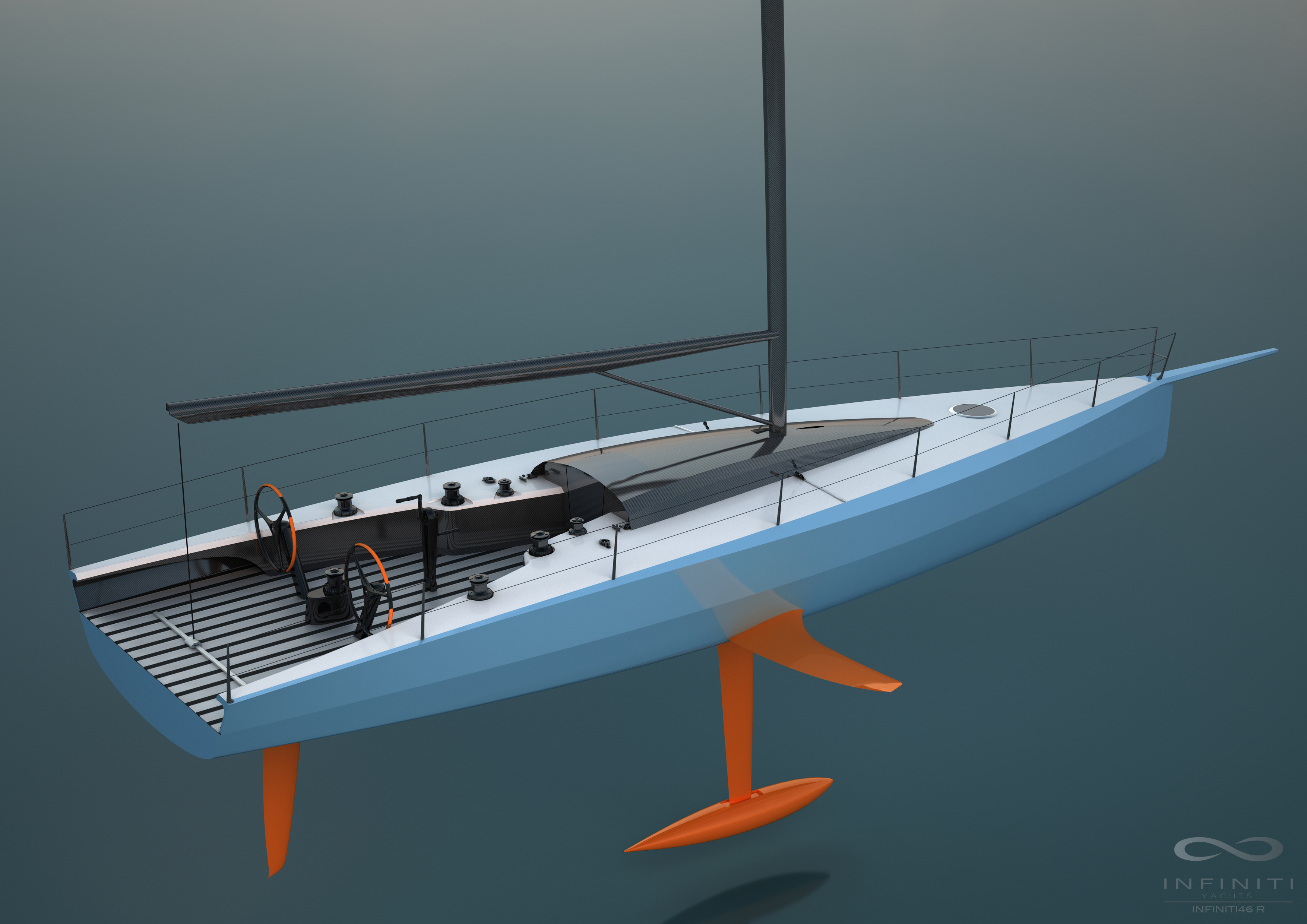 A prototype Infiniti 46 R fitted with a canting keel will be hitting the water in Europe by Easter. Her British owner has a race schedule planned that includes the world’s ‘classic 600-milers’ such as the 2016 Rolex Middle Sea Race, 2017 RORC Caribbean 600 and 2017 Rolex Fastnet Race. Production Infiniti 46 R models, modified with lessons learned from the prototype, will be built by McConaghy Boats.
Mark Evans, joint managing director of McConaghy Boats, said, “What I particularly like about the DSS is that it is quite simple, because with complexity comes a bit of fear from clients. And from a builder’s perspective, it is easy to put into the yacht and to maintain. So given these aspects, and the huge performance gain, it is a great thing and this is a fantastic opportunity for us. We believe that putting foils into yachts will become quite standard moving forwards.”
See the listing for the Infiniti 53 & Infiniti 46 R. For more information, contact info@farryachtsales.com.