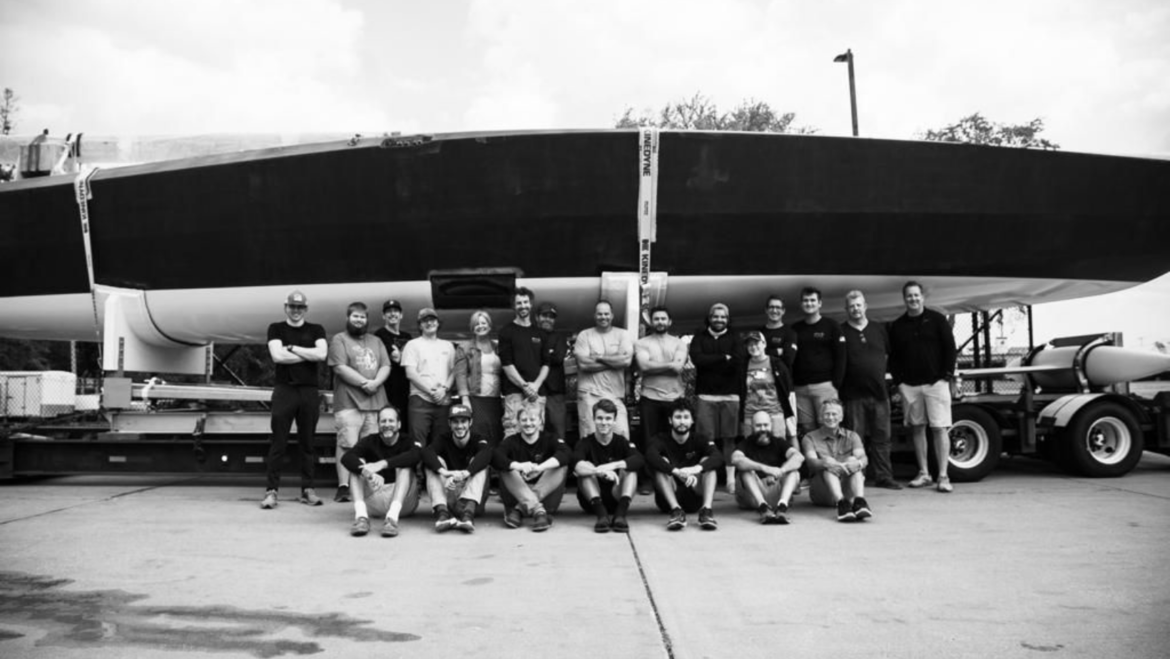 The foil-driven sailing yacht is the first of a series of Infiniti 52’s and will be campaigned by Tulikettu Racing from Finland.  The yacht is scheduled to arrive in the Solent in early October to be completed. Stu Bannatyne, Doyle Sails Grand Prix Sales and Volvo Ocean Race Veteran from New Zealand (8 Campaigns, 4 Wins.) will oversee extensive sea trials and crew training.  She is anticipated to participate in the RORC Transatlantic Race in January 2022.

The Infiniti 52 is the first racing yacht designed, engineered, and built around the award-winning Dynamic Stability System (DSS).  The system provides the Infiniti 52 significant righting moment allowing the yacht to be sailed with a much smaller crew of 7-8.  Infiniti Yachts hopes to change the way that people experience Grand Prix Sailing.

The Infiniti 52 is significantly more refined and detailed both in structure and systems compared to the Infiniti 46 which I was construction manager for.   The team here at Composite Builders is working flat out to deliver the second hull by the end of the year. it is always a pleasure to see a team come together, particularly one with so many younger aspiring yacht builders bringing their energy to the process.