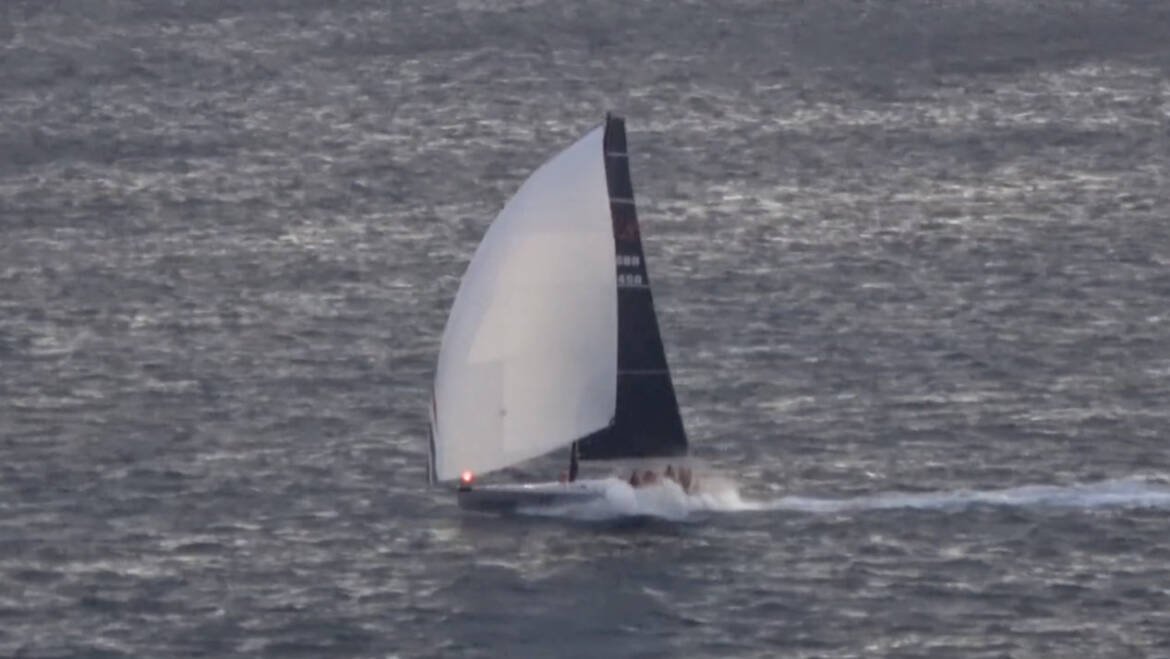 The forecast was calling for around 30 knots of SW wind for this year’s race, making it a downwind run in the dark followed by an upwind slog back to Sydney and finishing around the middle of the next day. At the scheduled start time of 7pm a cruise ship decided to exit the harbor so we were delayed while that cleared out – meaning darkness would come not long after the start and really the light was fading fast just after leaving Sydney heads behind. After a few issues early on we eventually set the A3 gennaker and an early gybe had us heading offshore where the breeze very quickly built into the low 30s with higher gusts. With a full main we had plenty on but the DSS was doing its job superbly and the bow was up nicely and we were sitting on a comfortable 20-22 knots of yachtspeed. After not long we called for and nailed the first gybe, by now the darkness was closing in and the sea state becoming more awkward. A bit more header and we were basically running with the waves and the very short sea state making it a very stop start sort of a ride with a few good nose dives thrown in for good measure! 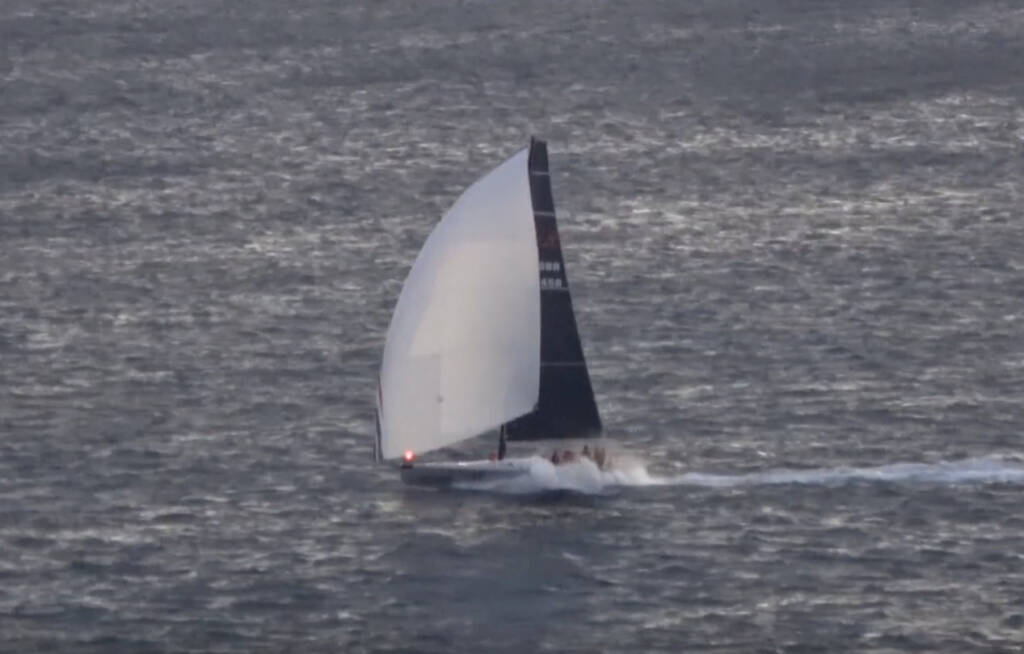 After a few stronger puffs into the high 30s and the sea state becoming more awkward we decided to reef the mainsail. Right then we nose dived again, only this time the A3 tack ring decided to let go and the tack floated away… We quickly dropped the A3 and hoisted the FRO and we were off again. The versatility of the FRO (a 2018 cableless sail from Doyle Sails) was great in that in the lighter patches (25ish) we could just put the bow up a little and the extra stability from the DSS enabled us to keep the apparent forward and the speed up. This was pretty tricky on port with the short sea state but when on starboard we had a better angle and the yacht was an absolute dream to drive – long, easy surfs across the waves with the extra speed enabling us to get the depth to maintain a good VMG.

On the approach to Cabbage Tree Island we took a pretty conservative strategy. By this time many yachts had withdrawn with damage and we were lying third on the water and wanted to ensure we made it around safely and were set up for the upwind. An early reef and then dropped the FRO on the final approach. We headed upwind initially with one reef in the main and our Genoa Staysail as the heavy weather jib. This works really well on Maverick with the GS designed and built to go to windward in the 25-35 knots we had been seeing. Some great calls from navigator Steve Thomas saw us work inshore for the early part of the leg, picking up some nice right hand shifts and a reduced sea state. A long starboard tack followed and as daylight came the breeze dropped enough to change down to our J3. This was a brand new structured luff headsail from Doyle Sails and with the ability to go through a much greater range than a conventional headsail we were able to keep the yacht nicely powered and balanced right through the range of 18-28 knots that we were seeing. A final tack onto port with a left trending breeze saw us lay into Sydney harbor from about 8 miles offshore. As the breeze continued to ease we changed down again to the J2 – another brand new structured luff headsail from Doyle.

The structured luff headsail works by having the ability to take a higher proportion of the overall load required to keep a straight headstay. So basically less overall combined load for a straighter headstay – which as we all know equates to more speed and more height upwind! And the ability to still power up the sail gives the sail a greater range of depth control.

A short reach up the harbor and we crossed the finish line in third place – not bad for a little 46 footer! As the IRC results rolled in we were confirmed as second in class (behind a very well sailed TP 52) and third overall. A pretty encouraging first race with the new headsails on a course that did not really suit Maverick (no reaching!) we are looking forward to the next outing. 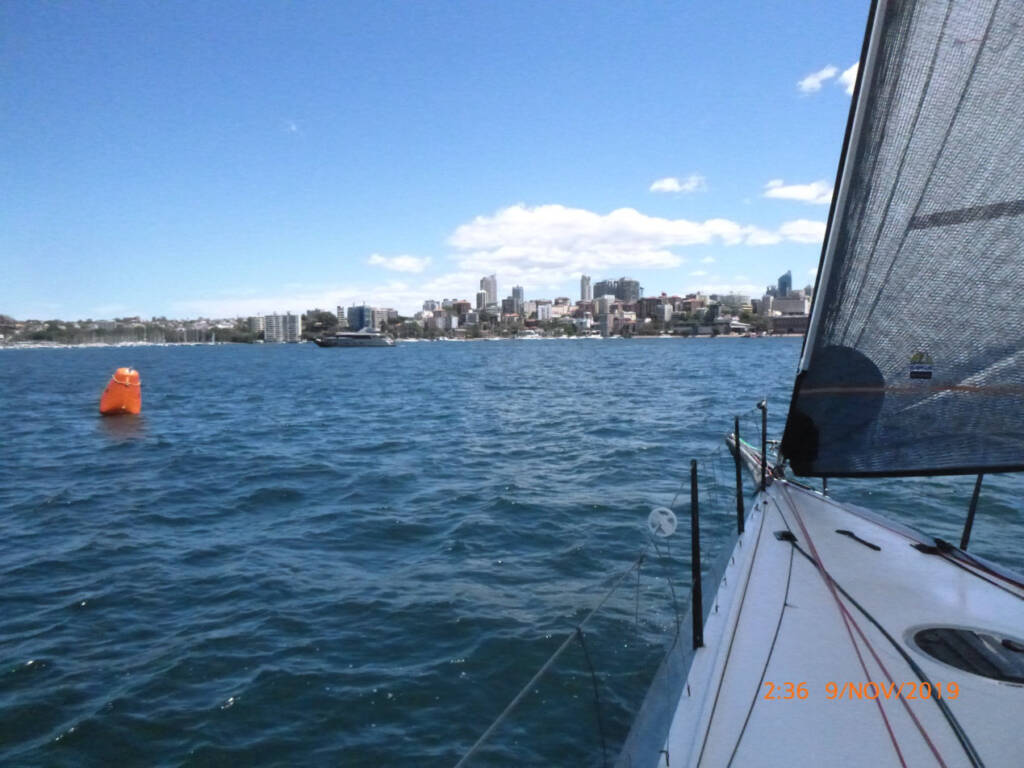